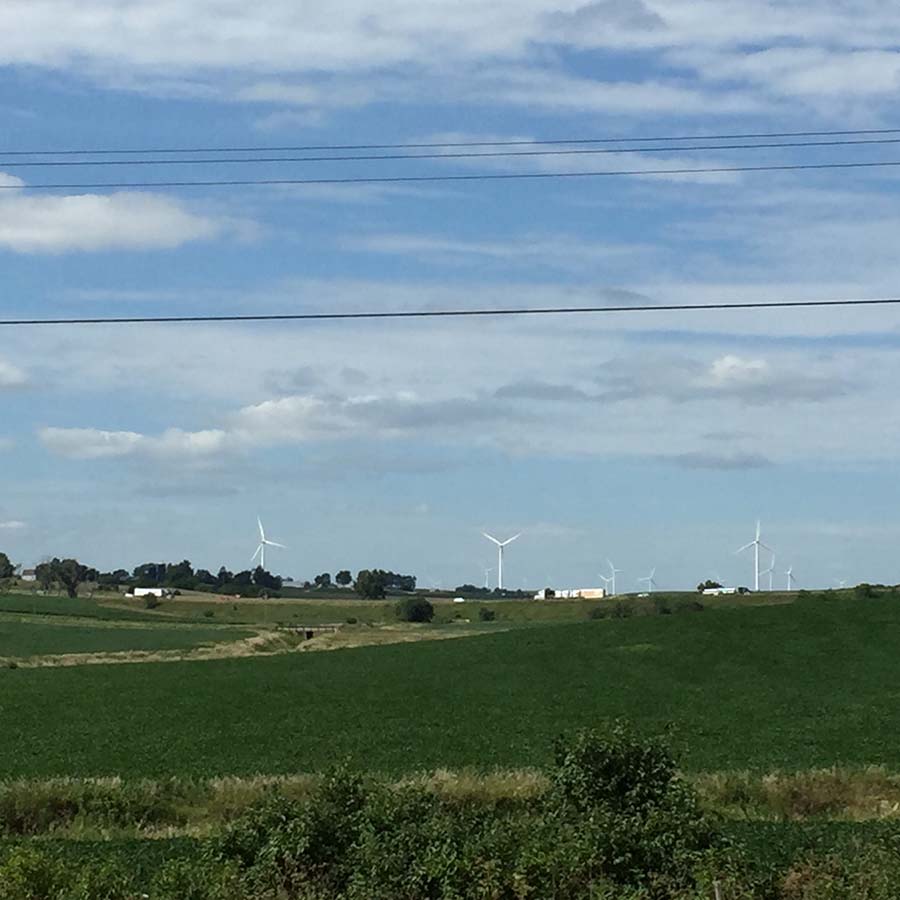 Iowa is about to hit a huge renewable energy milestone. The state will be home to the country’s first investor-owned utility to generate renewable energy each year equal to 100 percent of the energy consumed by the homes and businesses in its service area.

MidAmerican Energy, a Berkshire Hathaway subsidiary and Iowa’s largest utility, announced WindXII – a plan to invest $922 million in 591 megawatts of additional wind power. WindXII is the sequel to its $3.6 billion, 2,000 megawatt WindXI plan, which the company is currently executing. In total, the billions MidAmerican is investing in wind generation will create renewable energy equal to 100 percent of its customers’ usage on an annual basis. Remarkably, this feat was accomplished without having to ask for an increase in customer rates.

MidAmerican’s wind projects solidify Iowa’s position as the top state for renewable energy. No state generates a higher percentage of its electricity from wind and solar than Iowa – 40 percent.

Renewable energy is also creating good jobs in Iowa. MidAmerican estimates Wind XII will create more than 300 construction-related jobs and another 28 full-time, skilled jobs for ongoing operations and maintenance. More than 7,000 people work in wind energy-related jobs in Iowa, and the number continues to grow at one of the fastest rates in the U.S.

In addition to capital investment and jobs, property taxes from Wind XII will provide long-term benefit to community services such as schools, public safety and healthcare. MidAmerican paid nearly $20 million in Iowa property taxes on its existing wind turbines in 2017, which is around the cost of a new elementary school.

Not only do sustainable energy projects like Wind XII provide new, high-quality jobs and increased tax revenues for the state, they also help Iowa attract major companies to expand and build here. Affordable, reliable and clean energy is critical to the state, especially for manufacturing - the state’s largest industry.

Iowa was the first state to establish a renewable portfolio standard back in 1983 and has been advancing its energy leadership ever since: