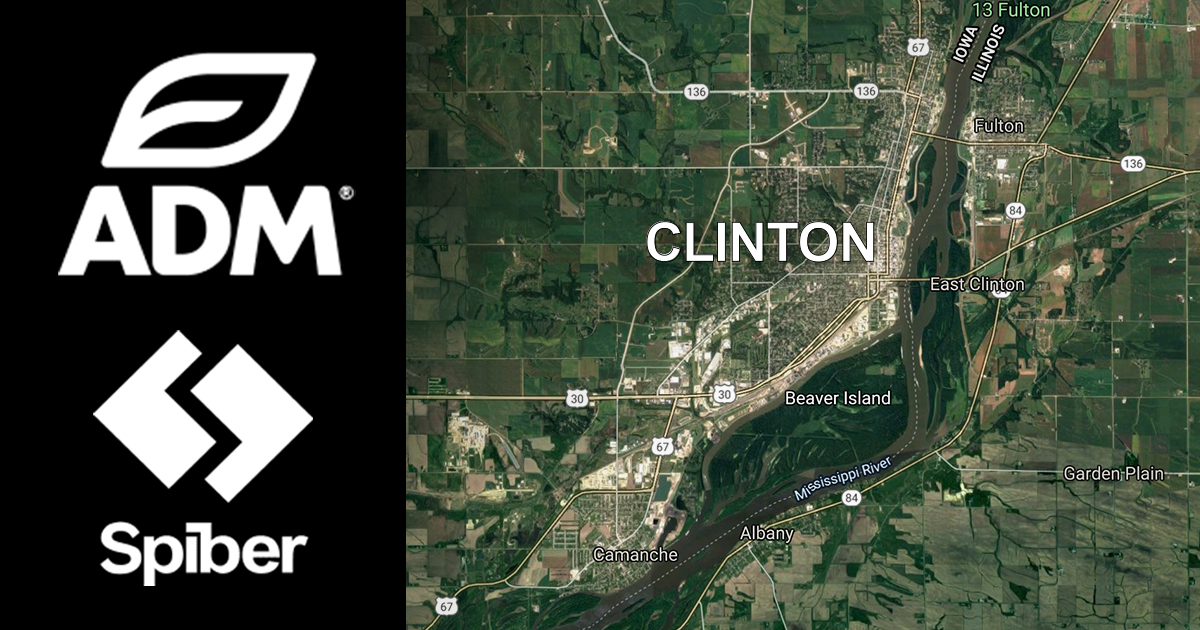 Spiber Inc., a Japanese biotechnology startup which produces lab-grown proteins such as spider silk for clothing and consumer products, recently announced an expansion of its production of plant-based polymers to Clinton, making Iowa the site of Spiber’s first U.S. facility.

Through a partnership with ADM, Spiber America LLC, a subsidiary of Spiber Inc., will combine its proficiencies – Spiber’s technology and ADM’s infrastructure and expertise. The U.S. expansion stems from a relationship between Spiber and the state of Iowa that began years ago with the Iowa Economic Development Authority (IEDA) and became even stronger during Governor Kim Reynold’s 2019 trade mission in Japan.

“I am proud to announce that Spiber is partnering with ADM to deploy state-of-the-art technology to Clinton County, bringing this concept to the United States for the first time,” said Gov. Reynolds. “I look forward to building on this partnership as we work to broaden and diversify Iowa’s robust manufacturing sector.”

Spiber’s biobased, biodegradable protein polymers are produced through a fermentation process that uses sugars and microbes instead of animal-derived raw materials, which leave high carbon footprints. These proteins are then used in apparel, auto parts and other products. One of Spiber’s recent exciting projects was a 2019 partnership with The North Face Japan to release a special line of parkas using Spiber’s Brewed Protein™ polymers.

Spiber America LLC’s new home in the U.S. will modify and expand ADM’s bioprocessing biorefinery in Clinton. IEDA approved an economic development incentive package to ensure Clinton would become the home of Spiber’s first U.S. facility. The incentive package includes direct assistance in the amount of $1 million through the High Quality Jobs (HQJ) Program, which hinges on performance. The company will receive the award when contract obligations have been met.

The move emphasizes Iowa’s commitment to bioscience enterprises, a fast-growing sector in the state. Iowa’s bioscience workforce grew by 8 percent between 2007 and 2014, outpacing national growth of bioscience employment by more than 400 percent, according to a 2016 report by the Battelle Technology Partnership Practice.

Not only is Iowa committed to increasing bioscience enterprises, but the state is also uniquely suited to provide homes to these companies. Iowa has earned a reputation as a bioscience epicenter due to its environment that incentivizes innovation, collaboration and growth.

"Iowa has a deep understanding of the positive impact potential of projects like ours and has created an environment that is conducive to success,” said Daniel Meyer, president of Spiber America LLC. “This award will enable Spiber to accelerate its investment in the equipment and infrastructure used to convert corn-based dextrose into alternative proteins for use as next-generation biomaterials across many industries. We are thrilled to bring our production to Clinton.”

From ADM’s perspective, this new partnership is also a big win, one that will bring more jobs to Clinton and surrounding areas.

“We’re proud of our unmatched fermentation technology, and we’re excited to partner with Spiber to bring those capabilities together with our engineering expertise and long value chain to create plant-based polymers that will go into everything from clothes to car seats,” said Ian Pinner, ADM’s chief strategy and innovation officer and president of the company’s Health & Wellness division. “We’re equally excited to bring this job-creating project to the Clinton region, a community that is home to nearly 900 ADM colleagues.